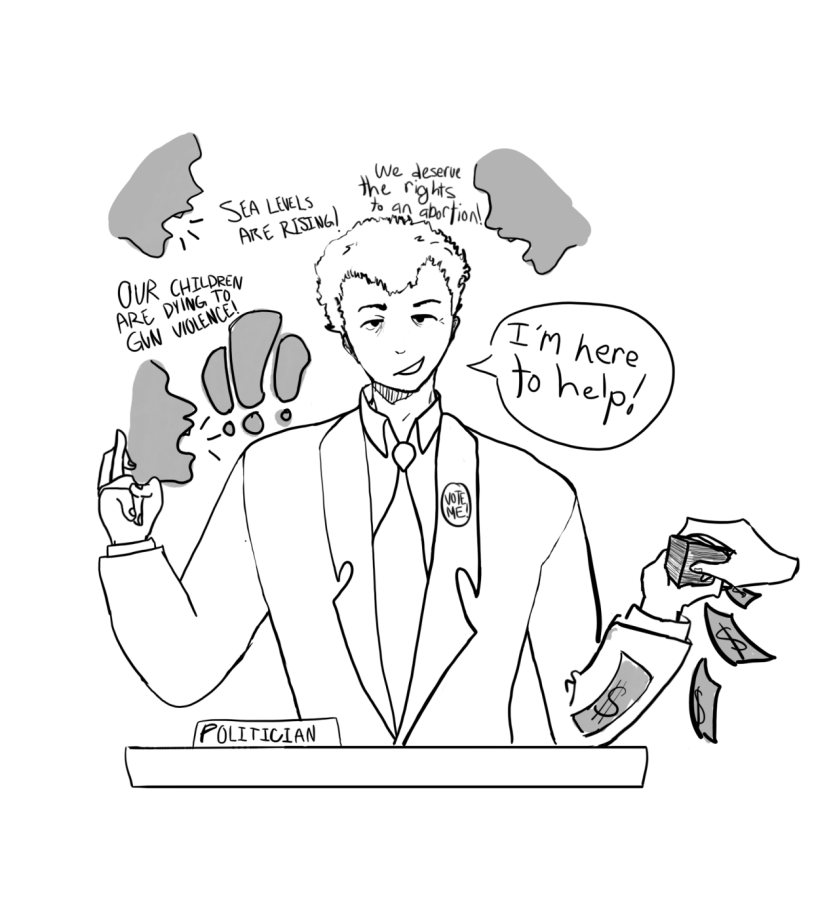 The heard and the unheard

Across all of social media, and even this newspaper, it seems as if teenagers have nothing to do but drone on about our political and social situation. We take to the streets for change, yet we see our issues swept under the rug time and time again.

According to Stanford’s analysis of 11,000 letters teenagers sent to candidates, issues like climate change, the cost of college and reproductive rights were among the most frequently mentioned topics. Though important, it can be exhausting trying to advocate for certain topics. So petitions are signed, protests are attended and letters are sent to representatives, but no change is made. By next week the topic you fought so hard for stopped trending, and the cycle repeats.

But should we expect representatives to make reforms on our behalf, despite us not being able to vote? Most people would agree that those in power are there for all; however, it seems they do not consider those who can elect them into office. In our Student Life section, we cover safety issues within the school such as high school shooting rates. A study done by UChicago shows that three-fourths of Americans believe in stricter gun laws; but, according to an article from The Stacker, since the Sandy Hook shooting, only five bills regarding gun reform have passed. One of the bills that failed to pass was the Manchin-Toomey Amendment, which would have made background checks more thorough. Conveniently, all but three Senators that voted ‘no’ received money through political action committees for gun rights. This is one example, but this sentiment that money precedes citizens has been occurring for decades.

Without representatives that are trying to help us, our issues are put on the back burner. For example, according to the CDC, teenagers are 17 times more likely to have an abortion than adults. With abortions being banned in many states, better sex education is a pressing topic. If sex education was reformed, more girls would be able to walk with their peers at high school graduation. Yet, $50 million dollars were funded to abstinence education under the guise of a “Federal Prevention Program.”

At times, it is as if all we can do is watch our own demise from the sidelines. As helpless as it feels, there is more that our generation can do. The issue isn’t solved by simply voting or taking to the streets—we have to stop being taken away by empty promises. Keep tabs on the actions of those in office, hold politicians accountable and let them know that we care about which bill is passed and when. If money dictates where this country goes, the people lose power. It isn’t too late to stop the track we are going down.