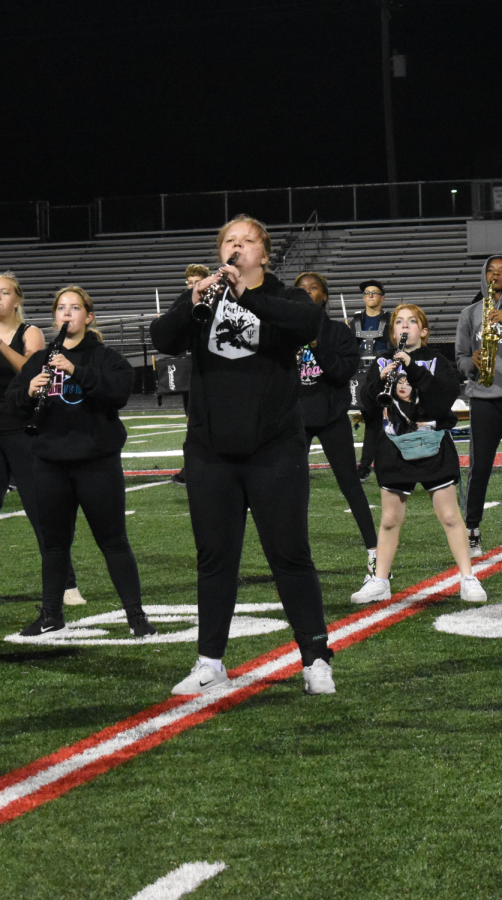 Orchestra had their very first concert of the year Oct. 19. The performers wore costumes which embodied the Halloween theme they were going for. Their next performance will be on Dec. 14 in the Munster High School auditorium at 7 p.m. Along with the concert the Orchestra performed on the 19th, it was Miss Quinn’s, the new orchestra director, first concert.

“I enjoy being a teacher here! I’m always busy since I teach at the middle school, high school, and the elementary orchestra program, but I have a lot of fun teaching strings,” Miss Quinn said.

Choir has various fundraisers and events coming up to help raise money for their performance in Austria at the Salzburg Choral Festival in June of 2023. Coming up, they will be hosting a Coffee House Open Mic Night where 20 student performers will show their talents. Students will be able to vote for their favorite performance.

“It’s a way for everyone to showcase their talents, singing outside of choir.” Anagha Kodukula, senior, said. The Choir also has a trivia night coming up in February.

Band recently had two competitions. On Oct 8, they went to Downers Grove South and had a victory in winning first place. On Oct 15, they had regionals at Jefferson High School where they won gold.

“I would say band’s on the right track. We’re going to semi state soon. So the adrenaline is really pumping, but we’re working hard and I think it’ll be a good season,” Catherine Cronin, senior. The band has semi states on Oct 29 where they hope to win 1st place.