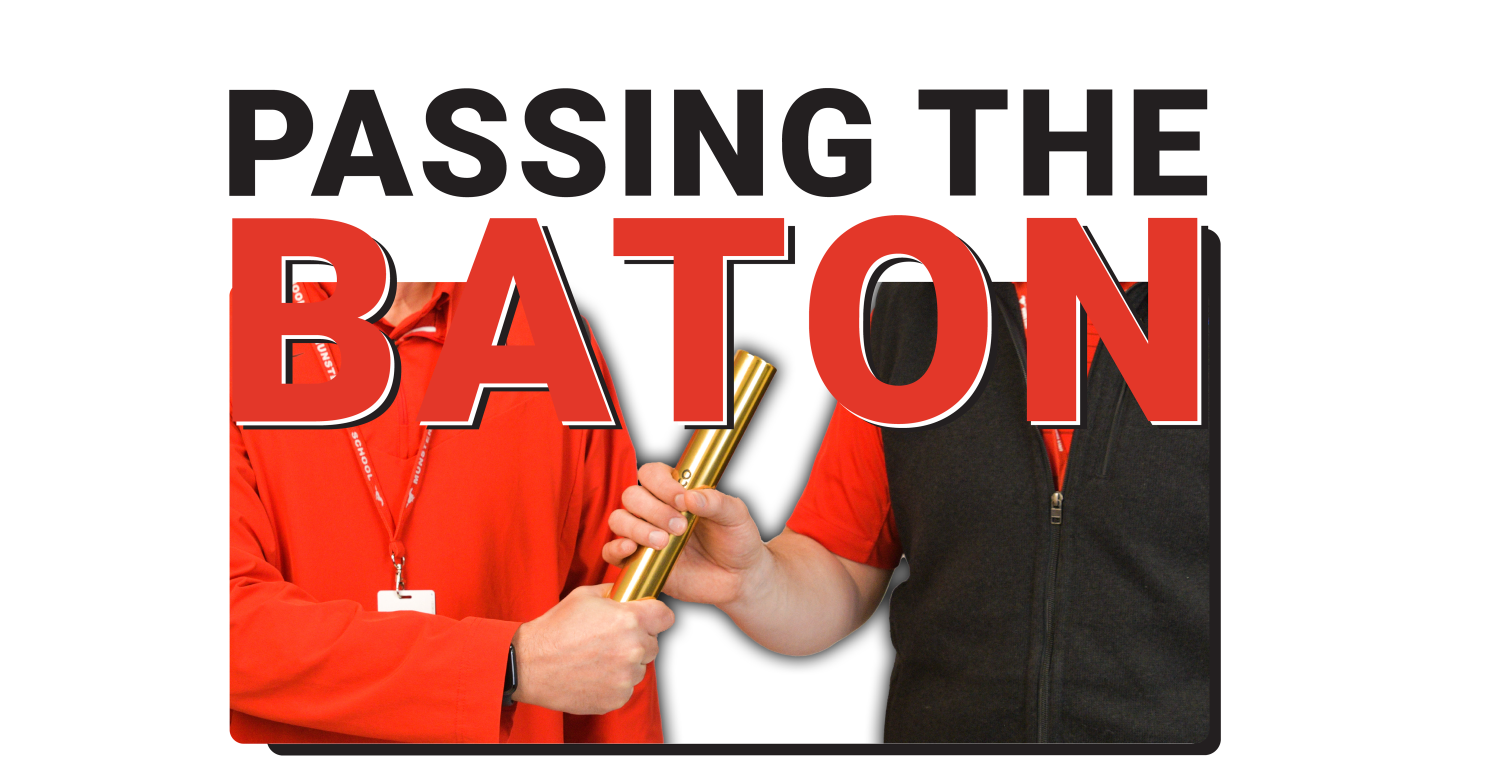 When Mr. Morgan Nolan, WWMS principal, first learned he would be MHS principal next year, it was, ironically, after the weekend he spent hours working on plans for the middle school.

“(I was) shocked. I mean genuinely shocked. I really didn’t think that they would pick me,” Mr. Nolan said. “That weekend, I’d spent hours working on plans for the staff for the next five years, thinking that I would be the one who plans and then on Monday to be called—it threw me off it and it takes a lot to throw me off. But I know my heart rate changed, my blood pressure changed, my gut felt different, and the reality just sunk in at that point.”

Mr. Nolan officially begins July 1. Starting his career in Munster in 2007 as a social studies teacher, moving up to dean at student services to assistant principal before becoming principal of WWMS in 2019, Mr. Nolan found a community in Munster to devote his life to—despite never thinking that he would work in administration. As principal, Mr. Nolan plans on making MHS a place of learning.

“I’m okay taking four steps forward, and then realizing this is the wrong way (and) we got to turn around and go another way,” Mr. Nolan said. “My long term vision is MHS will be a place of learning. It’s going to take a long time to get there, because from that standpoint, you have grades for example–are they a true metric of learning? We do things that are sometimes easier for kids. We do things that create anxiety for you guys. We do the same thing to our adults in the building. I think we really got to start to evaluate every question through that lens. My long term goal is for everyone in a room to sit down and say the main mission of this building is learning. It’s not making sure there’s coverage of material. Not making sure that we have a certain AP score average. It’s about learning.”

With this general goal in mind, Mr. Nolan’s way to achieve these plans involve possible changes, such as a later start time and block scheduling.

“I’m not afraid of trying something different,” Mr. Nolan said. “I’m not afraid of doing something that might seem daunting or difficult. I’m gonna bring people together, and then we’ll make some decisions. So it’s going to take time to make some of those but you know, what does that schedule look like, and does it allow our teachers to have time to be collaborative? Is it allowing students to have time to be collaborative? We’re putting in millions of dollars into this collaborative learning center in the media center this summer. How are kids going to use that collaborative time if you’re only in class for 45 minutes? I think we need to have discussions about school start times, a big concern for me because I’m a big proponent of sleeping. Students need that rest.”

Mr. Nolan also plans to further immerse MHS in the Professional Learning Communities program. The PLC program is a Midwest program designed to build team communities with clear goals, according to Mr. Nolan, and though it has already been established at MHS, he would like to build upon that structure for a sense of consistency in the classroom.

““I’m not afraid of trying something different,” Mr. Nolan said. “I don’t want to sound like I’m being critical of instructional practices or even student instruction learning process, but a lot of times we just go through the motions,” Mr. Nolan said. “We’re not spending that reflective process that we need to have those genuine discussions. No longer are decisions made around what’s best for me as a teacher, (but) what’s best for the learning that needs to take place in that classroom. We have to have the physical structures of scheduling to be conducive to the learning environment and to the PLC environment. Teachers right now don’t have time to work together. If the expectation is for people to work together, we have to have time for them to work together.”

These changes are only a few of Mr. Nolan’s top priorities as he enters the 2022-2023 school year. Though he has specifics in mind, his general philosophy involves not only creating MHS as a place of learning, but letting both student and teacher voices be heard.

“I think the first step is going to be bringing some students together,” Mr. Nolan said. “And saying, ‘what are the issues that we can tackle?’ We can’t change everything in a day. But how do we change one of those? I think a lot of students don’t feel that their voices are heard from their diverse standpoints, whether it’s race or ethnic or religious or even socio economic. How do we have those conversations that bring kids together? Because really, you guys as students usually get along pretty well. How do you get the adults to understand those differences?”