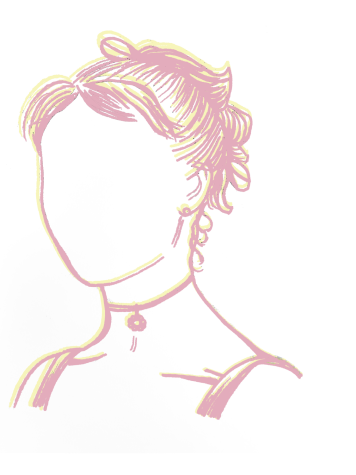 If you consider yourself a fan of period dramas, especially those about regency and romance, this probably is not the first time you’re hearing of “Bridgerton.” The idea is nothing new — girls vying for the attention of young, rich male suitors, set in the midst of a society of elites. Scandal ensues, of course. My initial attraction to the show was spurred by my love for books like “Pride and Prejudice” or “The Selection”–there is an indescribable, timeless charisma that stories of regal hierarchy and historical romance will always possess. Despite this, I must admit that Netflix’s take on this trope was, at times, a bit disappointing to watch.

It is easy to get lost in the regal aesthetic of the show; just the hype surrounding the release of its first season was enough for my initial obsession. The end of the first season however, left me feeling empty and unaccomplished. Bridgerton is definitely binge-worthy, but lacks the depth of the books that I love—haphazardly including typical tropes of marriage and secrecy felt more like an emulation of historical romance, rather than a genuine depiction of it. The show compensates for its shallowness just as much as its characters do, distracting viewers with flashy parties, beloved romance tropes and an attempt at diversity. 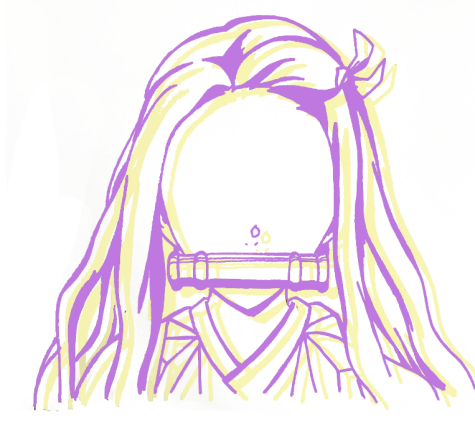 Whether tuning in from Netflix, Hulu, Crunchyroll or Funimation, viewers of “Demon” Slayer will never forget the first few moments of the show. Tanjiro’s life is changed drastically, the dramatic depiction of his family bloodied and ravished by demons contrasting his previous life of pastoral peace and family. From this pivotal moment, the main character’s trajectory is changed from that of a quiet rural life, to one of swordsmanship and battle.

“Demon Slayer” has a plotline similar to most shounen anime — after years of living life as a nobody, the unassuming, noble-spirited young hero is propelled into a journey to save himself and the world. Despite this, the storytelling within the show is phenomenal and never becomes boring. Even more, the period in which the show is set, Japan’s Tashio period, adds to the overall aesthetic to the film. Mugen Train, “Demon Slayer”’s two-hour long movie in which the vast majority of the show takes place on a train (a major method of travel during that time), is a prime example of this.

Each character introduced has an engaging backstory that adds to the plotline of the story. Readers are even able to sympathize with most villains, such as the family of spider demons in season one, alongside the kind-hearted Tanjiro. Despite this, the pattern of introducing a demon with a tragic background story becomes fairly predictable, though interesting, and at-times depicts Tanjiro as a two-dimensional morally righteous character who is able to forgive everyone, even those who committed atrocities.

We do meet well-detailed, fleshed out characters throughout “Demon Slayer,” yet the show’s quality is brought down from five stars to four due to its struggle to depict female characters. Though not as progressive as Jujutsu Kaisen, many women and girls in “Demon Slayer” are not depicted as second-best to their male counterparts and, for the most part, have well thought-out background stories. Their physical appearance, however, remains to be revealing and demeaning—many fans, including myself, were shocked when Nezuko, a fourteen year old, was depicted as more physically mature in her demon form. This change in appearance was completely unnecessary and added nothing to her character development. Subordinate roles are not uncommon for the women and girl’s of “Demon Slayer”—also in the Entertainment District arch we meet Tengen Uzai, a (at times obnoxiously) perfect embodiment of the “macho male” archetype, as well as his three wives. The inclusion of the relationship can come off as a cheap shot at fanservice; throughout the latest season, much time is spent emphasizing the taboo relationship dynamic, rather than the plot itself. Overall, “Demon Slayer” should still attract your attention for its engaging storyline and powerful visuals. 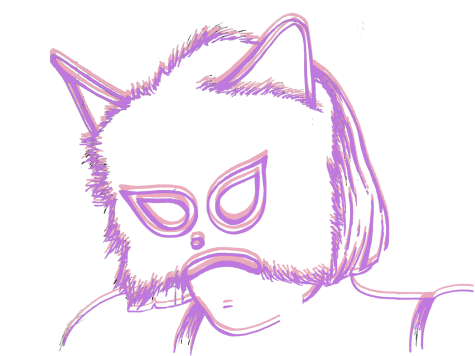 Garnering immense anticipation for its long awaited second season, “Euphoria” centers on a group of high schoolers dealing with substance abuse, mental health, sexual identities and relationships. The HBO Max show is narrated by the main character, Rue, while episodes tend to shine a spotlight on a single character.

There is an episode for each character, which allows the audience to dive deeper into a character’s personality and background. In this aspect, “Euphoria” does a phenomenal job of creating complex characters with multiple layers. There are moments where it is easy to loathe and simultaneously feel sympathy for each character. However, I felt that one character should have been further elaborated on: McKay, a recent graduate and star football player. While McKay represents parental and societal pressures, his character felt sidelined for the remainder of the show. Overall, “Euphoria” builds character development at full force as the high schoolers face a multitude of issues relevant to today’s teenagers.

In the cinematography area, impressive visuals do the storyline justice. The aesthetic, camerawork, lighting and music choice come together to fully immerse the audience in the show. The dim, yet vivid and glittering visuals establish an ominous atmosphere fitting for the darker mood and topics “Euphoria” tackles.

However, “Euphoria” has gained a controversial reputation for its sexualization of minor characters. The show, which has a cast of characters playing minors, contains numerous scenes depicting nudity. Many have overlooked this fault due to the ages of the cast being over 18. Even so, the amount of nudity and sexual scenes in “Euphoria” is oftentimes overly excessive.

The raw and direct portrayal of taboo themes is perhaps what draws viewers in. Although some may feel as if these concepts are over exaggerated, the show portrays genuine issues that some might connect with. The audience is brought on a ferris wheel of emotions with rather extreme highs and lows in the plot. Watching the show is completely enthralling—it’s easy to finish an episode, and another and eventually finish the entire season unknowingly. With its coverage of serious topics and ability to mesmerize audiences, “Euphoria” presents a heart-wrenching journey that differentiates itself from the typical high school TV series.