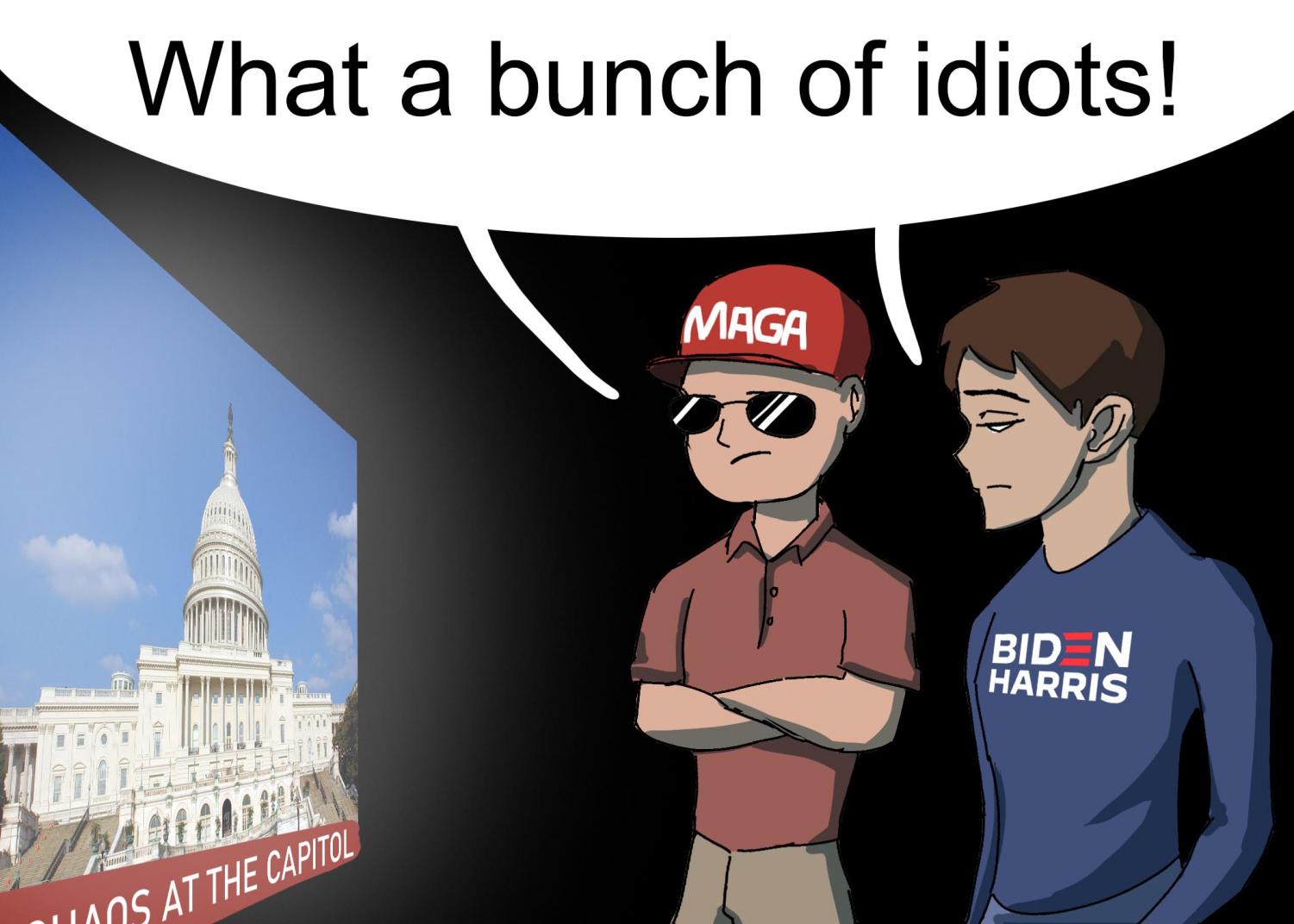 Our take: The only way we can come together as a nation is by having difficult conversations and understanding beliefs that oppose our own.

“We can now add January 6, 2021 to that very short list of dates in American history that will live forever in infamy.”

This quote from Senate Majority Leader Chuck Shumer depicts the weight of the events that happened two weeks ago. As Congress met to vote on the certification of the 2020 presidential election, hundreds of insurrectionists trampled police officers and stormed the U.S. Capitol building. They marched to this location following a speech at a nearby Trump rally. Many were armed with guns and tactical gear. They vandalized and stole federal property, scaled the walls, and broke into Senate and House chambers. Later, when the building was secured, authorities found gallows, a noose and two bombs.

To this day, there is still speculation about how these events occurred. As it was happening, we watched in horror as the mob of people stormed past police officers who seemingly appeared to let them walk past. The police attempted to keep the crowd calm to prevent them from coming in, but were overwhelmed and understaffed.

The president’s role is meant to unify the country, not divide it. However, it is important to acknowledge that Joe Biden, as president, is not the full solution to the deep rooted problems seen on Jan. 6. In order to have unification, we must address the root of the problem.

The juxtaposition of how this situation was handled compared to the happenings of only a few months before is a conversation that cannot be ignored. On Jan 6, the nearly all white crowd violently forced their way into the building, brutalizing anyone in their path. In the wake of the events, five people died, including a Capitol Hill police officer. In contrast, back in June, when peaceful protesters gathered in support of the Black Lives Matter movement, they were met with physical violence from police officers. One such circumstance occurred when police fired tear gas at protesters so that Trump could deliver a speech at a church near the White House. While the police worked to maintain control over the situation, it does not change the brutality that BLM protesters faced. The difference in treatment based on ideology and race is a hypocritical double standard that needs to be evaluated.

The preservation of our democracy by addressing our differences is necessary to move forward as one. Both sides of the political spectrum share two alternate narratives that don’t interact with each other. Through the media we consume, and the people we surround ourselves with, we place ourselves in “echo chambers,” hearing only the views we support. In order to move forward, it is up to us to interact with the information we don’t agree with.