You are not alone

Students discuss mental health struggles and the stigma around it. 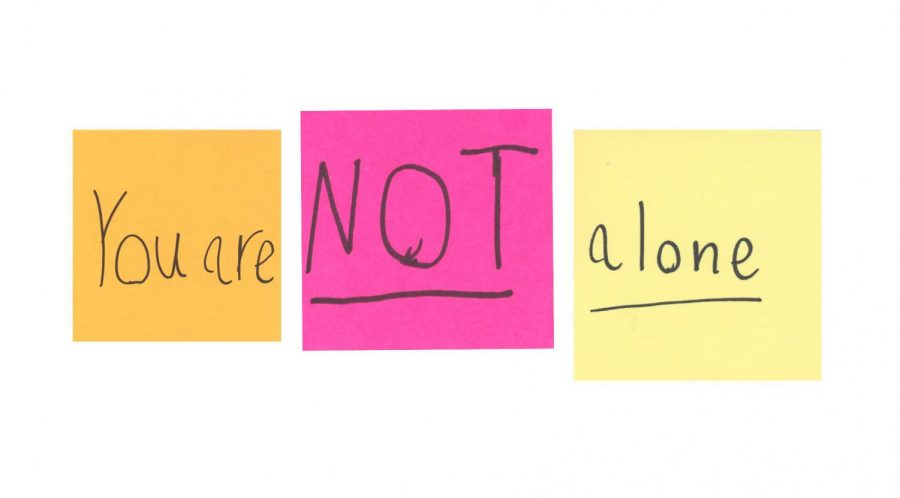 Content warning: this story discusses mental health issues and mental illness
Mental health is often joked about in our generation. These seemingly harmless jokes have the ability to lead to multiple scenarios of leaving people hurt due to peers who do not understand what others go through. Mental health incorporates emotional, psychological and social well-being, therefore, it is common when students undergo stress and anxiety from tests and homework.

“I wish teachers understood that packing on mounds of homework every single night and giving lengthy tests can be very taxing on someone’s mental health,” Olivia Evilsizor, sophomore, said.

The trend of isolation among teenagers is an expanding issue, with a study by  San Diego State University psychology professor revealing that the percent of high school seniors who said they often felt lonely increased from 26 to 39 percent from 2012 to 2017. Some students also express overwhelming thoughts of fear, such as fears of losing the people they love. Many are scared that their thoughts or scenarios might actually come to life.

“I think that quarantine damaged everyone’s mental health because we didn’t get to see any of our friends and experience social interaction,” Jim Fergueson, sophomore, said.

“I personally struggle with severe OCD,” Olivia said. “I can go through OCD ‘episodes’ where my anxiety is spiked and I have many panic attacks where I feel like I’m drowning in my own thoughts. They usually last from an hour to days at a time. I have certain rituals that I have to do to make myself feel at ease. It feels like you can’t shut your brain off and your thoughts never stop going. Depression also plays a toll on me due to the ongoing OCD. I could go through periods of a depressive episode due to my OCD.”

One notion remains clear—mental illness is not a trend, something one can just snap out of, a choice, attention seeking, an excuse or always visible. Anxiety and depression is becoming a more open discussion among students. 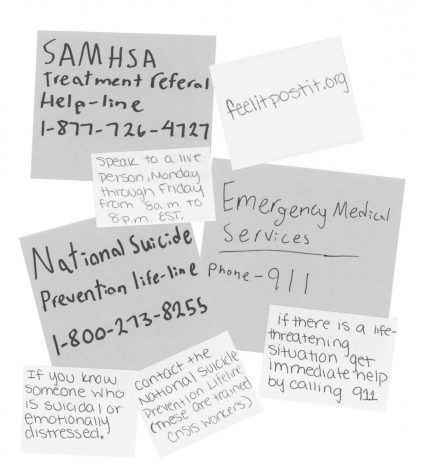 Indiana’s Youth Advocacy team also works as the education and mental health super committee. Among their goals, YAT works towards making the social environment better for students and staff, as well as bettering mental health in school. According to members, this committee strives to provide other students with resources, and to be able to speak out about how they feel. Among their efforts, they have created a website for students to share frustrations, as well as see others do the same. Ultimately, this helps battle the prevalent fear of isolation.

“Feel it, Post-it is a website where anyone can share any feelings or frustrations they have about COVID anonymously,” Emily Sun, junior, said. “It was created to allow students to see that they aren’t alone during this difficult time and be able to vent about their experiences anonymously. They can either submit a response or view mental health resources where they can learn about the importance of it and/or access resources to help them.”

Students say that they often  go through much in silence. The unwillingness to share is due to fear that students or administrators will not understand or know how to help them.

“I personally think mental health used to be quite a taboo topic to talk about but since more people have started to open up with their experiences, it’s slowly becoming more socially acceptable to talk about.” Olivia, said.

In spite of the grim outlook expressed by some, students also feel empowered to better their mental states over time. Factors such as stress and personal priorities have a huge role in this.

“I always listen to music when I need to better my mental health. I think it’s hard to talk about since we think someone is going to judge us when telling,” Isabel Rodriguez, senior, said.