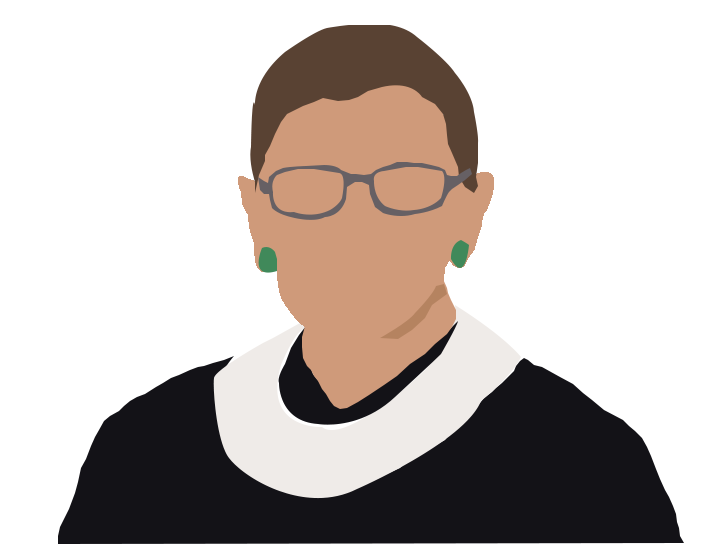 Hailing natural disasters, public and political unrest as well as a global pandemic, 2020 has become the object of both scorn and scrutiny. The onslaught of public crisis and conflict has spurred many to agree that the events of this year will be well documented for years to come — history is unfolding in real time. Amid the chaotic events that have shaped this year, cries of despair and hope for a better next year have become a dominant notion among many. Equally important to the hope for a better future is a reflection of the past events that brought us here, and a look into where they may be taking us.
Trump Impeachment
January and February
This year dawned in the midst of what already was a

controversial issue — the impeachment of current president Donald Trump. Initiated in December of 2019 and acquitted by Senate members on Feb. 5 of 2020, the impeachment of Trump highlights the political turmoil that seems to have fulminated this year.

“The United States has always been divided, the only difference is now we’ve made it so it’s not okay [anymore] and we’ve made that blunt,” Obi Adindu, sophomore, said. “I feel quite sad because a lot of lawmakers are making decisions that won’t affect them, but will affect me as a teen who will be here for the next 20 to 30 years to come.”

COVID-19
March and April
Undeniably, COVID-19 has reshaped lives in ways unimaginable. Across ages, ethnicities, and religious notions, fear and apprehension of the pandemic has become a common sentiment. One major issue that has plagued students and teachers on a national and global scale is the closing, and subsequent reopening, of schools in response to the pandemic.

“I have had to learn to let things go,” Mrs. Kathleen LaPorte, AP Human Geography and Ethnic Studies teacher, said. “I’ve had to learn new technology equipment, which has been extremely difficult because it doesn’t solve nearly enough of my problems.  I’ve had to adjust to the new arrival time and block scheduling.  I had to adjust my own children’s schedules to make our lives work. I have also had to push through content at a faster pace as well as cut some out. It’s tough to do in an AP course. This year is just really tough all around for myself and fellow teachers.”
Black Lives Matter and Social Media Activism
May, June and July
Social justice movements, though always prevalent, sky-rocketed this summer in terms of attention and support. From online petitions to street protests, movements like Black Lives Matter have gained immense support and backlash this year. After the circulation of a graphic video capturing the killing of an African American security and construction worker, George Floyd, by the hands of police in late May, outbursts of protest online and in streets became more prominent. A highly popularized method of showing support became posting a black square on one’s social media platform, but many argued that this accomplished little more than the betterment of one’s own image.

“I love seeing videos about Black Lives Matter or other causes gaining views and awareness, but I’m tired of seeing performative activism from celebrities and my peers,” Uyai Edet, senior, said. “[Seeing them] use Black Lives Matter for clout or recognition makes me angry because as soon as the hashtag isn’t trending, people stop posting and forget about it. People treat it as if it is something to do on their checklist like, ‘check — my black square on Instagram is enough.’ For me, it’s not hard to differentiate between someone trying to gain recognition for posting something and people who care and want change.”
International concerns
In addition to the intensifying attention called to national movements, activism via social media has also called to attention ongoing international crises. Though miles away from us, some students believe that humanitarian concerns are concerns for everyone, expressing this notion widespread on platforms such as Instagram and Twitter.

“What is happening in Yemen and in China, I think those are the two biggest things we are not talking about enough as a world,” Obi said. “Yemen, the country is in famine. This is a dire humanitarian crisis. In China, Muslims are facing a direct violation of human rights, and more people need to step up and say this is wrong. In America people come off as only caring about American lives, and that’s why I feel like we don’t hear about these issues enough on live state news and media. People just need to stop being uncomfortable with having these conversations because while we may be uncomfortable, people are actually dying.”
California Fires
August
Environmental concerns have also added to the pileage of complications that have shaped this year. Fires nationally and internationally raised concerns in years previous, but the recent declaration of a state of emergency in California not only localized the issue, but increased awareness of the changing

“As a society, I think we each need to take individual responsibility,” Myanne Zachary, junior, said. “We all share this Earth. We all want to continue living on this Earth. By everyone taking individual responsibility and making better daily choices—even if it’s not the most convenient choice—all of those small changes would add up.”
Ruth Bader Ginsburg
September
The divided political state of the United States once again sustained a devastating blow with the passing of Supreme Court Justice Ruth Bader Ginsburg.

“[The state of our country is] divided,” Mrs. LaPorte said. “Politics, racism, and a pandemic has exposed the hate that people have for just about everything. It’s an ‘all about me’ atmosphere lately, very sad.

Tragic and unfortunate, for some the dire circumstances surrounding this loss offers a foreboding view of the future of the government.

“I just pray that the Supreme Court seat does not get filled until the next president is elected,” Obi said. “I just pray for this country, this democracy is failing us and I just hope this year something dramatic will happen that will put us back on track.”
What now?
Rising from the midst of the chaos and hardship that assaulted this year are lessons that can be applied for the remainder of the year, as well as for years to come. A prevailing concept this year is awareness and respect for others, manifesting itself in numerous ways.

“As we end this year I hope people really open their eyes and see that there is more that goes on outside of Munster and the Region,” Uyai said. “I need to do that as well, I think we all could do better in educating ourselves.”

Though the end of what many believe is a rude awakening of a year is in sight, the impact this year has had on each individual will not only be cemented in the collective memory of those around us, but in history as well.

“2020 will go down in history as one big wake-up call to the world,” Mrs. LaPorte said. “We aren’t invincible. We aren’t immune to losing everything in the blink of an eye. I hope the end of the year brings some relief from the pandemic. I hope people start to care about those being affected by COVID-19 and adopt the protocols suggested by the medical professionals.  I would like to see some compassion for people of color and their ongoing struggles. It costs nothing to just listen and find some empathy for people experiencing prejudice and racism.  I think this will be a quiet New Year’s.  A time for much reflection and meditation on where we want our lives to go as we enter 2021.”