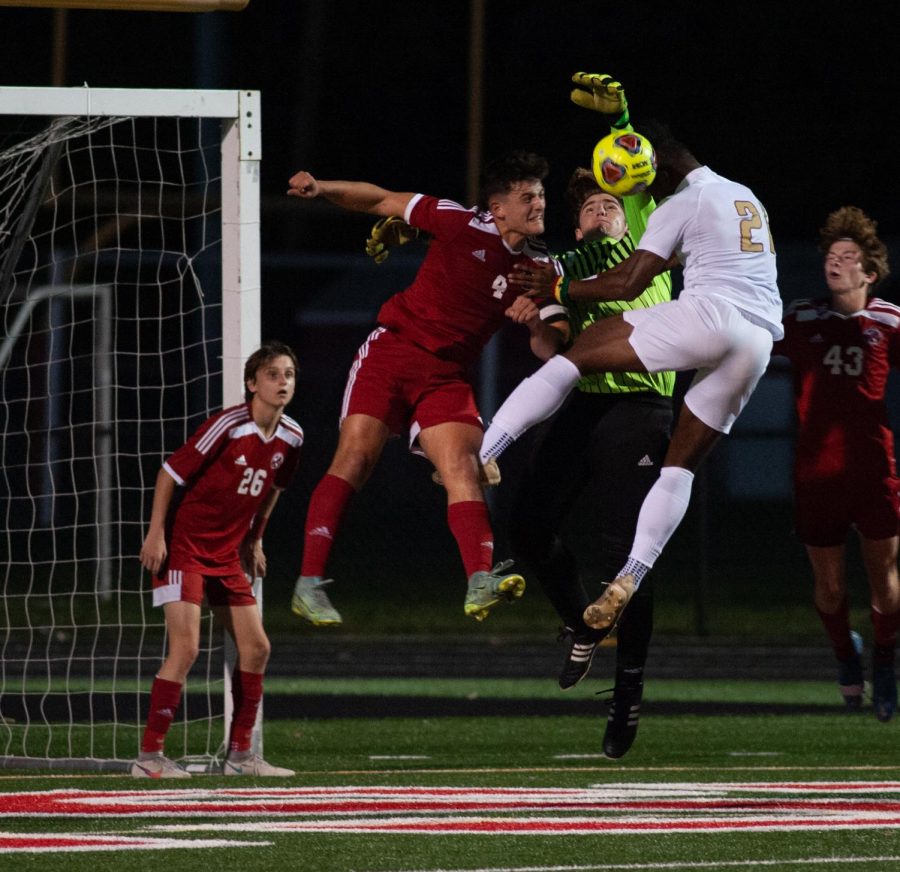 USE YOUR HEAD During the postseason competition against Chesterton, Gianluca Scalzo, senior, clears the ball with his head. In the previous game Boys’ Soccer won their Sectional championship. “My goalie was still a little far from the ball, so I knew I had to win the ball over Chesterton,” Scalzo said.

Boys’ Soccer finished out this season as Sectional champions on Oct. 14 with a final record of 13-5-1. The team is unanimously proud of their performance and teamwork displayed continuously this season. However, this season came with its fair share of obstacles. Losing 15 players from the previous senior class presented a significant challenge for the team. Facing the difficulties ahead, the team advanced to Sectionals and ultimately returned victorious.

“I think it was pretty incredible that we were even able to be Sectional champs,” Aleks Maric, senior, said. “When all the other schools saw that we had a large senior class graduate, they thought we (wouldn’t make it) because all those seniors were gone and they were our main varsity core. For us to be Sectional champs two years in a row and turn it around with all those kids graduating, it’s pretty incredible how the season ended.”